GAME DESCRIPTION:
Vaara is our first foray into a new, world-building project. Drawing inspiration from the games Breath of the Wild and Shadow of the Colossus, and mixing in elements of the platform-adventure genre, it is an exploration of what could be given the time and resources. 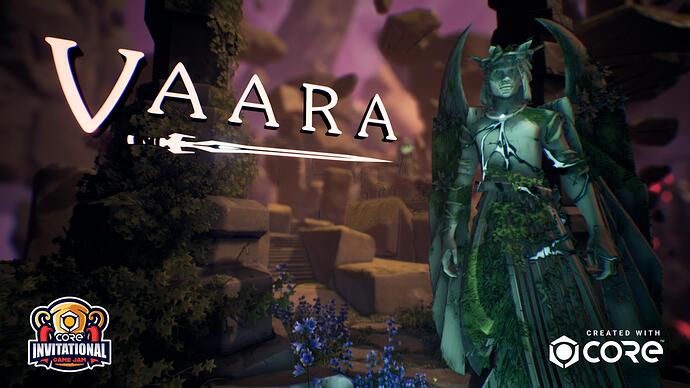