I'm not sure what happened--I had successfully loaded and tested the Producers, Buffs, and Areas example project before--but now when I try to load it again to build from, it's been malfunctioning, without me even changing anything. It no longer loads any objects except the signs at runtime in the main scene, nor allows me to place anything on player lots in any scene; instead it gives me error messages about Lua being unable to assert something in the Base64 script that it comes with. I haven't modified that script in any way. I've tried it on two different computers, both on my own account, but it malfunctioned in the same way in both places. Did I break something? How can I fix it? 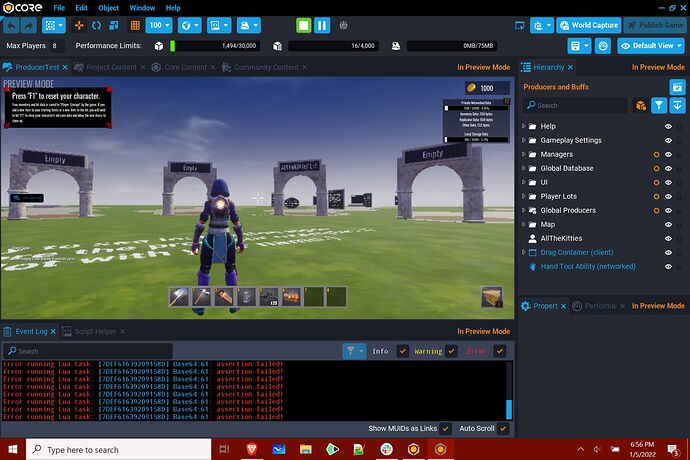 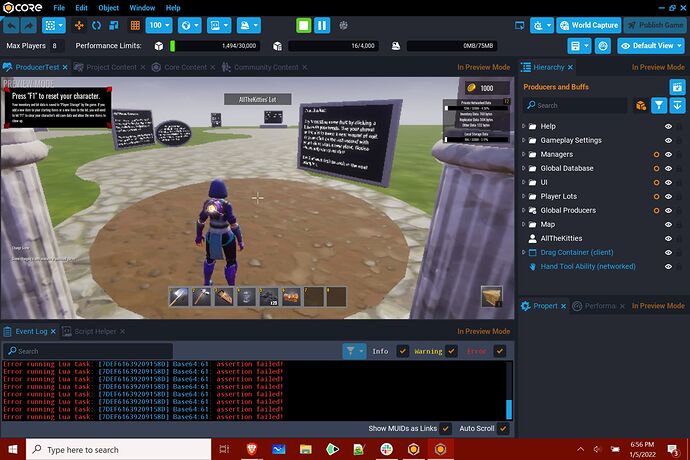 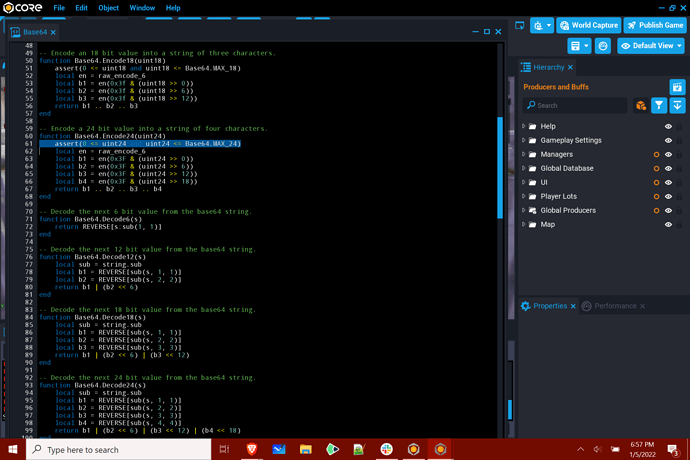 It's a known issue with the framework. The team who are working on the Producers are addressing it. Not sure when the fix will go out, but keep an eye on the frameworks page as it will have a label to show it has been updated.