Optimization Goals and Tricks in Core

Optimization Goals and Tricks in Core

This Tutorial will help provide optimization goals and tricks for people both new and not so new to Core. It assumes there's a basic working knowledge of how to build and create in Core.

This will enable you to use F4 when playing your game locally or on the server to activate a profiler view. Where you can view the "Frame time" of which your game is running at. 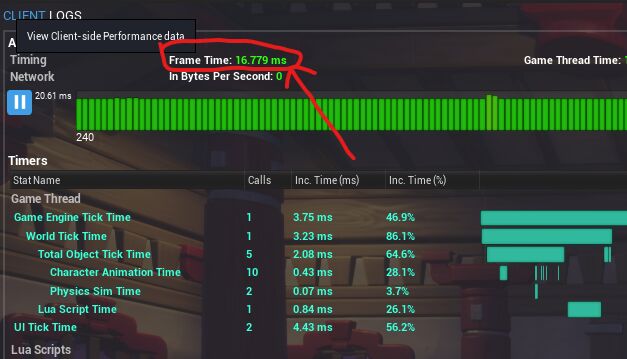 In the example screenshot below. I have opted to work with three mesh merge groups.
One is for the Apartment Building and the other two are for Props which surround the building.
This way the only time the Props (Dumpsters) are rendered out to a players screen is when they become in the visible line of sight for the player. If I had opted to merge all the Props with the Building itself, they would be needlessly rendered or processed without even being in the players immediate view. 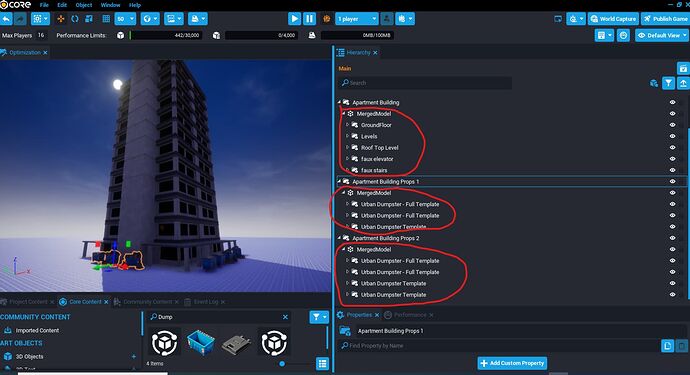 Example with Cast Shadows not Enabled without much over lap. (This is good) 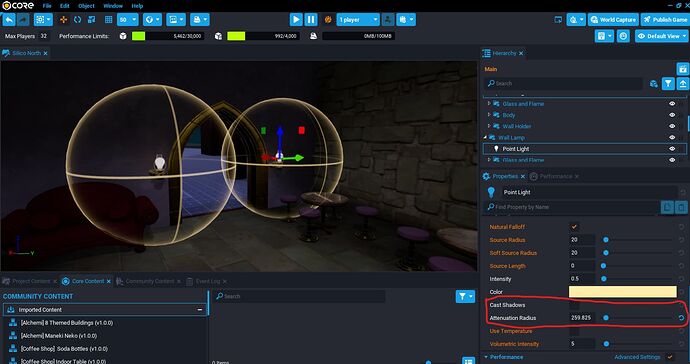 Example with Cast Shadows Enabled with a lot of light over lap. (This is not so good). 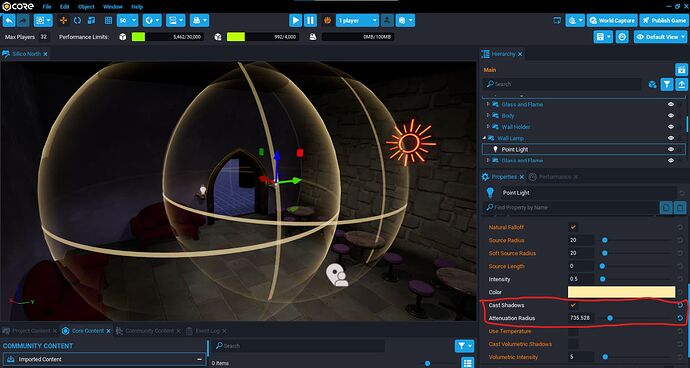 So much of game optimization is a literal balancing act between performance and desired visuals and game content.

This is a min. player requirement connected with your Terrain. It's based upon Collision Complexity. The size of your map and it's complexity determines this. While it's not currently enforced during game publication, it's subject to being enforced or updated later. If you make changes to the "Max Players" of your game project and you see error messages and your Terrain Complexity Count bar turns red. You may want to take this into future consideration.