A new icon. A featured article on The Verge . A new public Twitter account. What does this mean?
Open Alpha is coming. 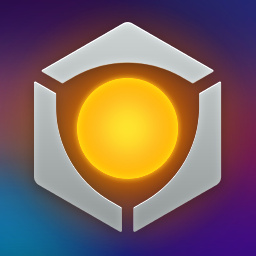 You've been waiting for it. Soon, you will be able realize your dreams of becoming a professional Core Royale streamer, start sharing screenshots of your awesome creations, and add multiplayer games to your portfolio and resume. When Open Alpha begins, anyone can join and start creating. And, the Alpha NDA will be lifted: you'll be able to share your creations with the world.

In preparation for Open Alpha, we are bringing the servers down on Friday, March 13 through the weekend. They will come back up when Open Alpha launches on Monday, March 16, 10 am PST with brand new updates we hope you're excited for. With that week's patch, there will be some changes with some legendary skins being removed; however be excited for several more characters entering the fray in a mega-update!

Hyped! What do I do now?

We'll be on the lookout for the best games, community creations, tutorials, videos, and streams to elevate and be featured/hosted by our new official Twitch channel, so go and finish up your projects! Your games will be first on the platform as people join Open Alpha, so make a good impression. Implement UI, take well-lit screenshots, and make custom logos for your game!

Open Alpha is for creators. Core is still very early software, and there's lots of features we look forward to implementing. For this next stage, we're inviting more creators to get wider feedback and new outlooks, pushing the boundaries of the platform as people create new types of games and genres on Core. Thank you for being one of the very first Core creators who got it ready for this point, from all the community playtests to the bug reports to the silly Discord banter. On March 16, let's welcome the new wave and help them create that game they've always wanted to play.