GAME DESCRIPTION:
RPG style game, about a warrior returning home from war. The player needs to gather a bit of information about his surroundings and what is going on, bit of coins, and bit of experience to venture further ahead of the story and the lands. With portals opening up in the realm and undead forces slowly invading, your only choice is to help the people you meet (players and NPCs) and your King. Trough the initial 30 quests you get a rough idea of the situation, what can help to remedy the problem etc. You get introduced to some weapons and armors and you need to purchase the rest of the available gear trough playing.

GAME ROADMAP:
making sure there are enough quests per level to make half the needed XP; developing skills similar to the existing heal and swift (speed), so buffs, curses, and such; developing a statistic system; improve on the UI; making more interesting NPC and improve their behavior, correcting the navmesh, improving minimap, the terrain is not even a quarter full, then there is the option of caves... and much more

To report a bug:

What needs to be done: 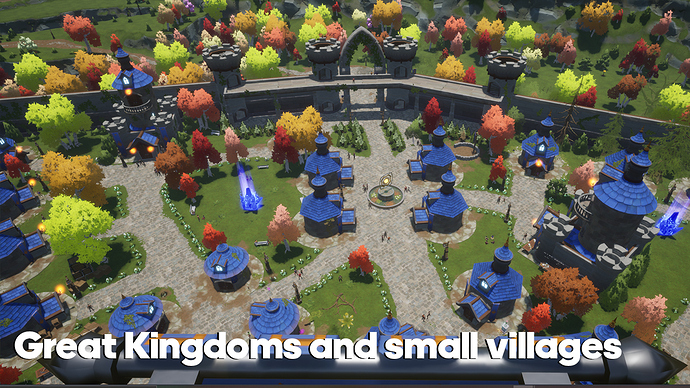 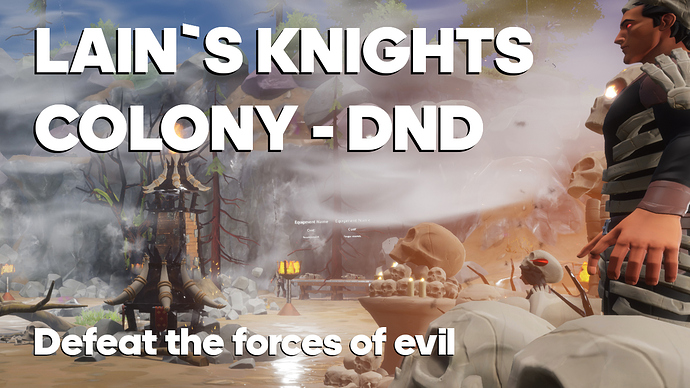 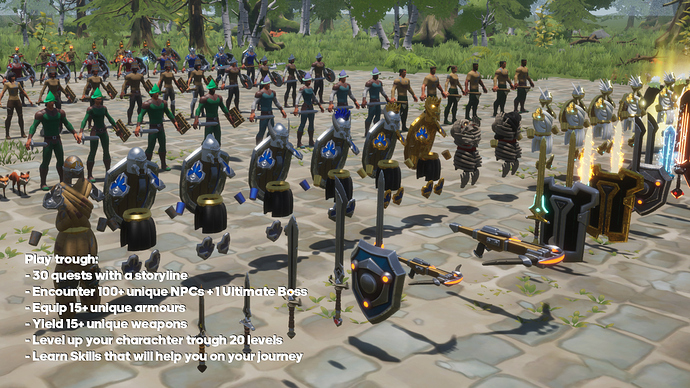 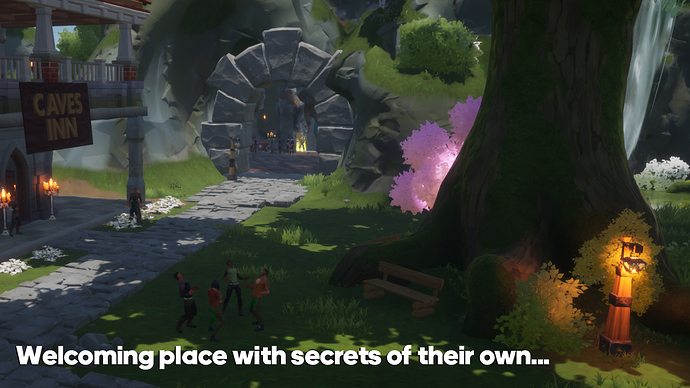 ADDITIONAL INFO:
Don't know what to add for now