EmberLine is a Third Person Shooter built around intense combat in a Take & Hold style.

There are two capture points, Alpha, and Bravo, Each teams objective is to hold the majority of the capture points by the end of the round to win. 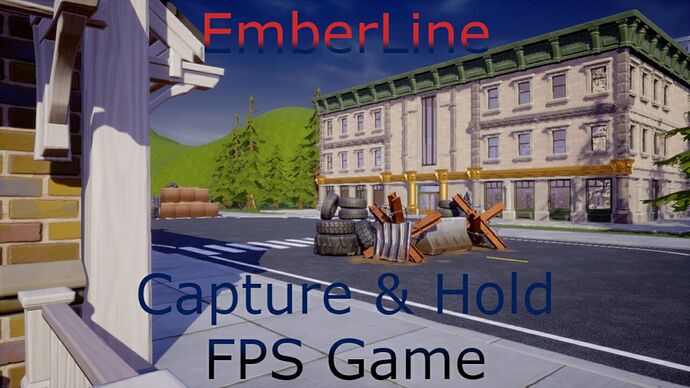 Added- Over the shoulder camera.
New vehicles.
and Reduced Capture points from three to two.

This Is the first game I've made that's actually playable and working.
Feedback is much appreciated.