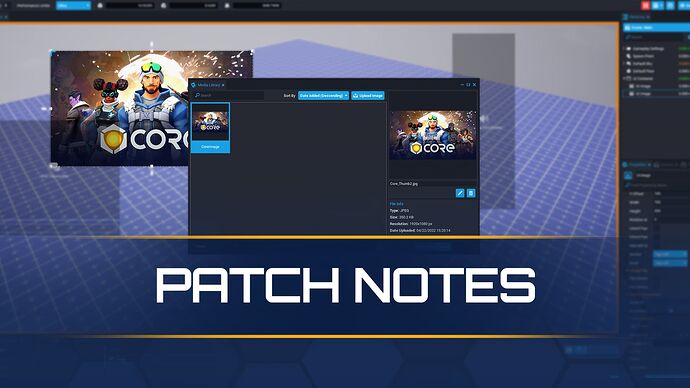 Welcome to our April 26th Patch Notes! As a reminder, in the last patch, we shipped the first tools to allow creators to get ready for our mobile launch on iOS this summer.

Creators can now get a head start preparing their games for iOS! New APIs allow you to create touch-first games and optimize them for mobile. Games can be previewed in the Editor using our new Device Preview feature. When publishing, you can also now flag your game as iOS-ready, so it will appear when Core launches in the App Store. See full details in the patch notes below!
Games cannot yet be tested yet on an actual device, so keep an eye out in the Community Discord for information on an upcoming program to invite select creators to get access to iOS builds for testing before Core on iOS is live. You can learn more about the Device Preview on our documentation site.

IMPORTANT NOTE: If you previously flagged a game to be on iOS, you will need to re-publish and re-flag your game for iOS. This is due to a bug with the flag that is fixed in this build
Image Uploading ships in this patch! This feature will allow creators to upload their own custom images for use in their projects. These can be used in all the same ways that UI images are used (in 2D UI, in worldspace UI, etc). This unlocks all sorts of cool new functionality, so we are excited to see what you do with it!