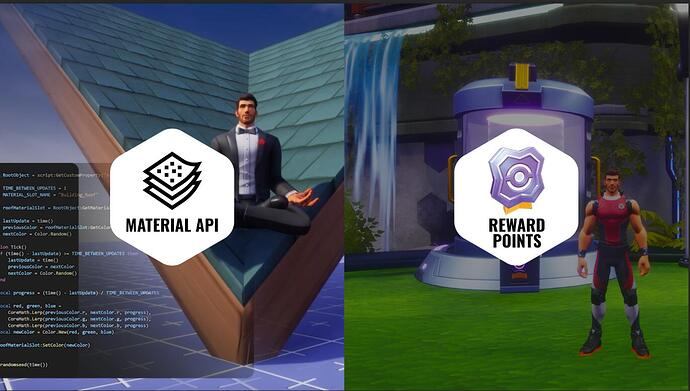 You can now earn Reward Points by completing quests and by playing certain games. Reward Points can be used to purchase new cosmetics in the store.

We're also delivering on our promise on expanding the new Material API by adding a lot more functions to it.

More information on materials can be found in the Lua API.

Make sure to watch the patch notes live stream hosted by Team META on the CoreLive Twitch channel at 9 AM PST.