First pic is what i'm working on, a small-ish arena for a 1v1 spell casting game. 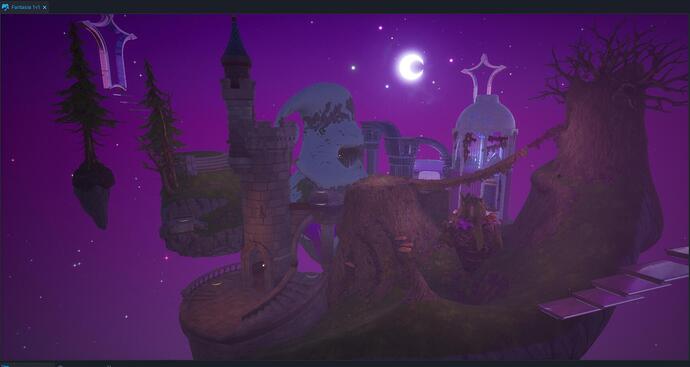 FantasiaCORE16.PNG1731×923 77.9 KB
!
This second pic is the problem, i don't think it's normal for core with its low res textures and low poly pieces to be sucking so much out of my gpu

I generally drop pieces into the scene as is, if their are any settings i can toggle on or off to help with performance, please let me know
There are two vx volumes for the snowy mountain and the forest, overlapping lights in some areas, volumetric lighting in several places, and the terrain can sometimes be dense and stylized in places, the curl on the snowy mountain for example.

I can run cod warzone on ultra with ray traced on no problem, so for this scene to make my pc run so badly there must be something I'm doing wrong, I hope it is me and not bad performance on the engines part, because then I wouldn't be able to take my scene visuals even further which i really wanted to do

I would appreciate any kind of tips, even if just speculative, thank you for reading