I am currently trying to change my standard first person view to a full body view for animations.
I have already succeeded in doing this, but I could not switch on the head, which is hidden during the first person view. In the editor menu there is the possibility to switch the head on and off via a checkbox, but is this also possible for my script?

It is possible, but the only way I know how to do it is to have two different Player Settings, one for third person, and one for first person. You would then toggle them on/off at the same time as you're toggling the view.
I haven't tested this too much, but I would do it like this:
In your First (or) Third Person Camera Settings, you should have one First Person Player Settings (which I'll refer to as FP_Settings in the scripts), and one Third Person Player Settings (which I'll refer to as TP_Settings in the scripts). The first person setting will have the head disabled, and the third person will have the head enabled.
You should then add these Player Settings as Custom Properties of your client script.
But, since the playerSettings event that I would use is Server-Only you'll have to ( if you don't have one already) create a networked script, which you would then broadcast to from the client script.
This is approximately how the structure of the ClientScript will be: 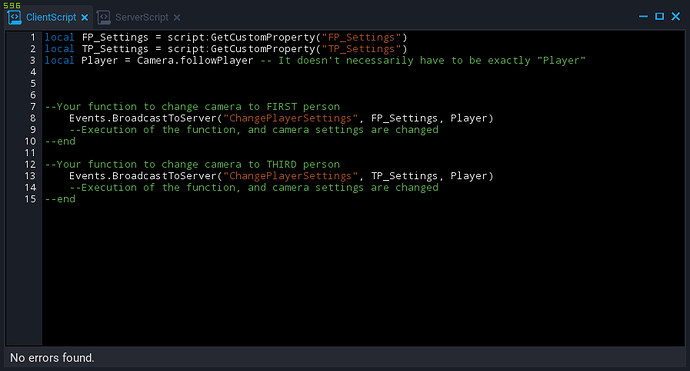 And this is how the structure of the ServerScript will be: 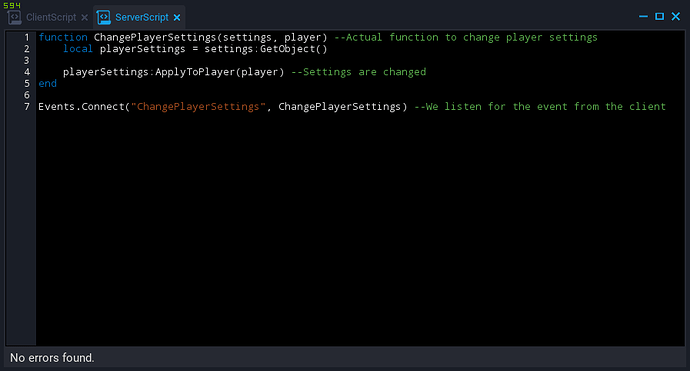 Hopefully this was helpful to you. Fell free to point out anything that I have gotten wrong. If you are still having trouble implementing this feature; try examining different scripts that other people have made, and experiment with them too. Also read up on events and properties in Core, and you should make it a habit to regularly check the API (Core API - Core Documentation).

(Creds to wherr, whom I borrowed great parts of the structure from. I thought his script was a little difficult to read for the purpose of your question, so I tried simplifying it)