BUG TRACKER: --
TEMPLATE DESCRIPTION:
Everyone wants a well deserved reward, but what's important is not only the reward itself, but also the travel to reach it!
This is the cure to a boring travel, made by static 2D objects, where nothing is moving and everything is uncoordinated.
This is a fully customizable, 2D animated experience, with even sounds effects!; With this every time your player will open something, they won't be bored anymore, waiting just for their prizes, and every opening will be a fully different treasure to see for them !

So, what are you waiting, go to the editor and download this simple CC, that will revolutionize the way anyone in your game will receive a treasure chest.

For a quick peek, inside you'll find two templates :
TapChestToOpen_ChestBounceScaleFade and TapChestToOpen_ChestFadeBounceFade which are the two animations ( did I already said they are fully customizable ? ) with names I came up with that are a mouthful to say but are self explanatory, because the first animation is a chest that start with a bounce, react to the tap with a change of scale and end with a fade, while the other enter with a fade, react with a bounce and end with a fade.

To make everything work out of the box you can add to the hierarchy the InitiatorUIChestScript and, starting the preview, after the pillars have appeared, by pressing 1 the animations will start. 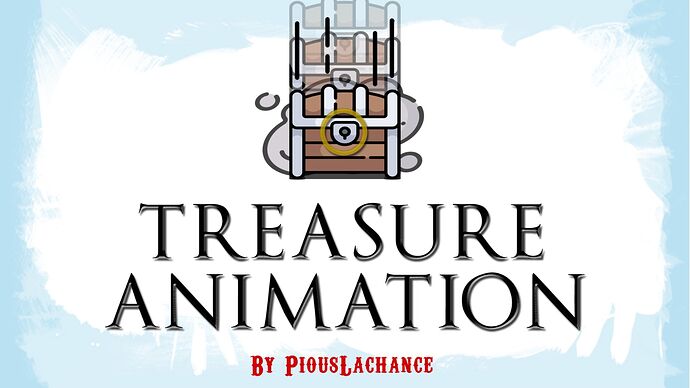 ADDITIONAL INFO:
To use the templates as drop and play ad also the simple initiator template and by pressing 1 after the pillars have appeared the animations will begin